Let’s face it – June 21st may not be the all-inclusive holiday announcement we’ve been dreaming of. But that’s ok, there are plenty of incredible vacation destinations across the UK that are just a road trip away. It may not be the Cote d’Azur but with these 7 games to keep you entertained throughout your travels, you’ll be embracing that holiday spirit in no time. So leave your passports at home, folks – it’s road trip time.

Whilst making your way from A to B, you’re bound to repeat a few key words, like ‘hungry’, ‘Google Maps’ or ‘loo’. To keep things interesting, decide which common words should be off limits for the rest of the journey – whenever someone uses the word, they have to add their name to the Swear Jar (or simply keep track of it on their phone!). Whoever has said the most secret words by the end of the trip has to buy a round of drinks for everyone else!

If you’re that group of friends that can name every actor in every movie, this one’s for you. One person starts by saying the name of an actor. The next person then has to say a movie or TV show in which that actor starred. The third person then names another actor who also starred in that film or TV show – and so on. To give you an example, person A might say ‘Leonardo di Caprio’ and B would follow with ‘The Wolf of Wall Street’. Then C would say ‘Margot Robbie’ and the next person might say ‘I, Tonya’. See how far you can get without messing up!

Perfect for 3 or more players, this game lets the driver get involved without having to take their eyes off the road. Person A (usually the driver!) picks a category, such as “movie makeover montage” or “wedding first dance” and the two other competing players have to submit their perfect song to fit the category – within 60 seconds. The contestants then take turns playing their selected song and the driver picks a winner.

Popularised by Jimmy Fallon, this film game is ideal for those who love pub quizzes mixed with riddles. The basic idea is that one person explains the plot of a film or TV show terribly or in vague detail and the others have to guess the title. So “A group of men look for Matt Damon” would be ‘Saving Private Ryan’, for example.

Whoever gets stuck on the letter X with this game, I don’t envy you. The premise is simple: player 1 decides on a category – animals, car manufacturers, biscuits, you name it – and then the rest of the group has to work their way through the alphabet, naming items that start with each letter and correspond to the category. Aston Martin, BMW, Citroen, etc…

6. The Licence Plate Game (but not as you know it!)

All you need to make this game work is a bit of imagination. Take turns picking out a licence plate from a nearby vehicle and use the letters and numbers to create a story. So PZ65BYR might be “Penny Zachary. She’s 6 years old and has 5 big yellow retrievers.”

Your favourite round at every local pub quiz ever. Super straight forward: take turns playing the car DJ and create a playlist of recognisable yet tricky songs to keep your friends and family guessing. First one to name the artist and the title of the song wins the point. After 10 songs, hand the phone to the next player to have a go. Who can pick the most difficult tune to guess? 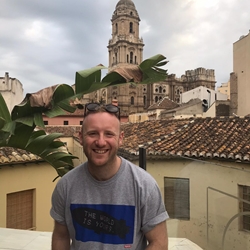 Ben is Karshare's Community Manager for Manchester where he engages with local communities about the benefits of car sharing with Karshare.

Bringing our community stories to life 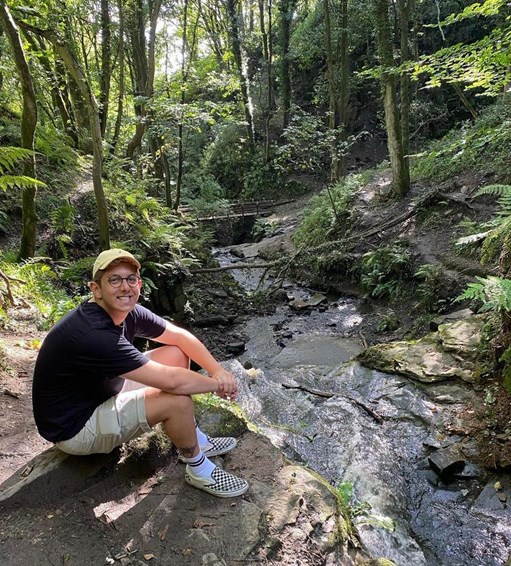